The German cockroach is one the most common food pests and because of their ability to adapt to new surroundings and conditions, are one of the hardest to exterminate. Other reasons for this include their short reproductive cycle, ability to hide in small cracks and openings, feeding mostly at night and their ability to become immune to most of the chemicals used to irradicate them.

What do German cockroaches look like?
The picture shows the stages of the German cockroach from the egg case, nymph stages to the adult insect. The colour varies from tan to almost black with two dark, almost parallel streaks on the sides of its thorax. Cockroaches have wings but don’t fly although they may glide if they are disturbed. The adults are usually 1/2″ to 5/8″ long.

How do they breed?
The German cockroach is one of the fastest breeders of residential cockroaches growing from egg to reproductive adult in roughly 50 – 60 days. The adult female, once fertilized, creates an internal egg case containing between 18 – 50 eggs (average 32) that eventually protrudes from the tip of her abdomen and changes to a darkened colour. The female can produce four to six egg cases in her lifetime. The nymphs (about the size of the head of a pin) emerge from the egg case once it has detached from the female. These black nymphs will then go through 6 or 7 stages to become the adult cockroach. The average lifespan of the adult cockroach is around 200 days.

What do they eat?
Cockroaches are omnivorous scavengers meaning they will eat almost anything. Food is their weakness…if they can’t find food or water, they will leave or die. They are particularly attracted to meat, starches, sugars and fatty foods. In famine conditions, they will turn to soap, glue, toothpaste or become cannibalistic, chewing on each other’s wings and legs. Cockroaches thrive in a kitchen that offers open garbage, unwashed dishes or pots and pans, food spills on counters and stove, or just food left out. Cockroaches can live without food for 30 days.

How did I get cockroaches?
Like bed bugs, cockroaches are hitchhikers coming into your home on used appliances, cardboard boxes and grocery bags or anything that they can hide in. They have even been known to hide in the TV boxes you receive from your cable provider. It is also possible there may have been eggs on food that have been purchased from the supermarket or restaurant.

I haven’t seen any so I probably don’t have them.
False. No one is programmed to start looking for evidence of cockroach infestations. In the case of mice, seeing a dropping on the counter, floor or inside a closet should be for . For cockroaches, noting activity of any insect in your kitchen, dried shells of cockroaches that have emerged to the next stage and the small black, peppered markings and droppings of cockroach feces usually where they hide. In large infestations, cockroaches can secrete an unpleasant odour that can be overwhelming. Cockroaches like warm, humid places close to food and water which is why kitchens are normally where you will find them. They will utilize dark places to hide such as the back and inside stoves and fridges, inside plug outlets, any cracks or holes in the walls, inside cupboards (especially bottom cupboards that are dark and are not opened that much) and even in appliances such as toasters, microwaves as these are located on the counter offering them access to available food. One of their favourite hiding places is behind and sometimes in dishwashers where they have undisturbed hiding places as well as a water source. Cockroaches have been to travel to bathrooms just to obtain water.

Cockroaches can cause health risks.
True. You have no idea what cockroaches have been walking on before crawling on your dishes, cutlery, counters and food. You probably wouldn’t eat food that you knew had flies land on…so treat cockroaches the same. Medical studies have shown that cockroaches have spread at least 33 kinds of bacteria, six kinds of worms and have been to cause allergic reactions. They have been known to carry Salmonella which can lead to food poisoning.

Can the infestation spread?
As was mentioned, would rather hide close to a food source like your kitchen. But, there are reasons why they may not always be contained there. As the infestation increases and the population of cockroaches grows, some may need to look elsewhere for food. If food is being consumed in bedrooms or living rooms, they will find it and start hiding there. One of the biggest reasons for finding cockroaches all over your is the use of chemicals. Chemicals used for exterminating insects, have to contact the insect in order for it to kill it. Simply spraying chemicals in the kitchen cracks etc. to get rid of cockroaches, can easily force the insects to flee to other parts of the home since they sense it to be a noxious substance. Cockroaches have been to pass down to their offspring the ability to become immune to most of the chemicals being used today.

Do cockroaches bite?
True. As was mentioned, cockroaches will eat meat and there have been accounts of them eating human flesh. Unlike bed bugs who need to bite in order to survive, the German cockroach may bite the fingers or toes, , fingernails but…not normally on living human beings. The of this happening stems from large infestations and the lack of food. If they do bite, it can often leave lesions and swelling and some people can have the bites become infected. 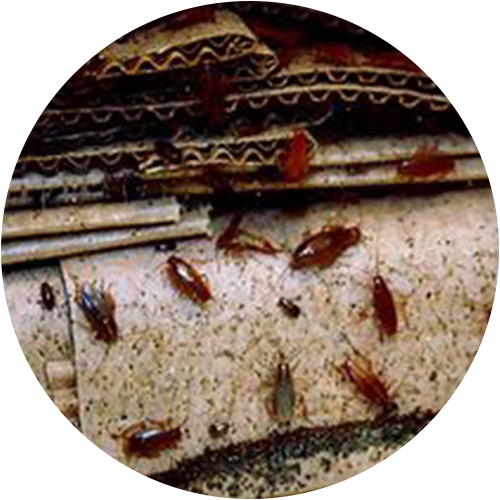 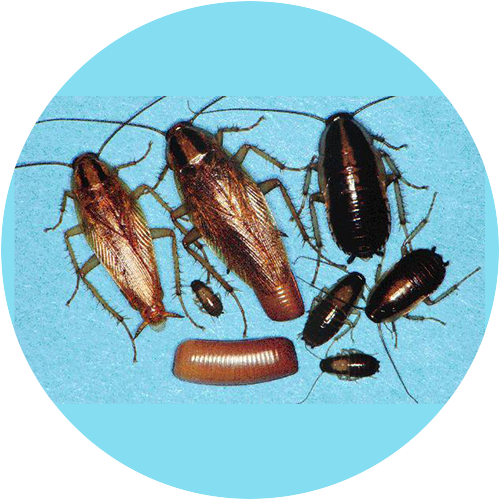 Preparation by the tenant or home owner

The treatment does not utilize any chemicals that would force cockroaches to other parts of the home and introduce health risks. There is a “one-time” price which includes:

City of Winnipeg with a 100km radius